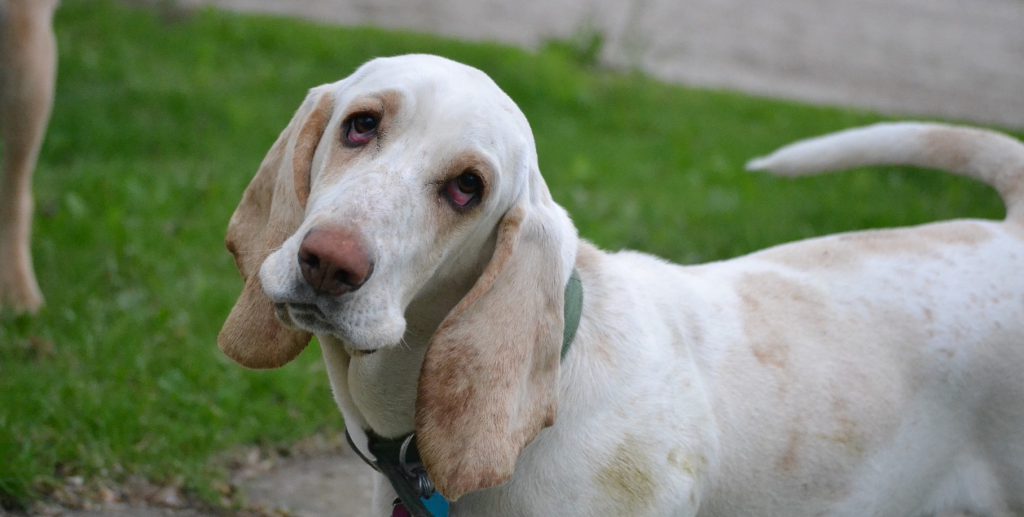 As the saying goes… ‘They may pretend to be cute, but they’re plotting to take over the house’.  As puppies they are simple adorable, and as they grow into their ears (ok, they never quite grown into them) they have soon won your heart over. This companion is just as happy living in an apartment as a house.  His demeanor is calm and could even be called lazy.  In short, his family friendly personality is the big plus. He is charming and laid-back. Bred to work in a pack, his pack (you) is very important to him and he doesn’t like to be left alone and will miss you dearly.

His Basset Hounds wrinkles tend to make him look sad and they make you feel even more sorry for him as he watches you eating. The breed may appear a little stubborn but take care of a Basset and in return they will love you unconditionally.  He is very content to lounge around with you but if gets too many food treats can stack the weight on easily.

Their strong tracking ability was fundamental for their jobs when they were used for hunting small game such as rabbits and hares. In fact, the only breed with a stronger sense of smell is the Bloodhound.

The Basset Hound lives to around 10 or 12 years and an adult weighs up to 30Kg. With rather short legs his keen nose is never too far from the ground. We’ve mentioned his pendant or ‘drop’ shaped ears in a previous blog. Their ear shape acts much like an air-scoop, stirring up scent molecules as he moves along.  Basset’s come in a range of colours and markings but most of them have a white tip on their tail which made it easier for a hunter to follow them in tall grass.  However, when this dog is not on a scent, he’s a relaxed family member.

There was a popular comic strip called ‘Fred Basset’ created by Scotsman ‘Alex Graham’.  The character was a male Basset Hound but many of you may be too young to remember that one.